Posted on January 11, 2020 by NaturalisticPaganism

Looking back helps us in many ways – it can increase our understanding of ourselves, showing us both good things to build upon and areas to watch.  As the year starts, looking back at the top posts of 2019 can add to what we see from looking at our own personal year.

In addition to the many personal benefits, these posts are all excellent, worth reading again in any case.  They cover a range of different types of posts, some showing us the wonder we experiences, others highlighting changes in the evolving Pagan community, or providing practical information for our growing Pagan spiritualities, and more.  You also might want to check out last year’s top 10 posts– there is plenty of useful stuff in them as well.

We post some guidance for celebrations about two weeks before every Sabbat, and for both long time Pagans and people newly on the Path, these can be useful.  So it’s no surprise that some of these made it into the top 10, just as they did last year.  But which ones?  It’s not always the same.  Both John Beckett and Jason Mankey gave us hard data to show which Sabbats their readers spend more time and energy on, and their results are both supported by the fact that they largely confirmed each other (Jason’s results are here, and John’s results are here).  By that measure, Imbolc is not one of the biggest Sabbats (that would be Samain and Yule, of course!), but Imbolc is not too far behind, either.

9. Being an Atheist Druid, by Skeptical Seeker

I’ve come across many Druids with a naturalistic understanding of the world.  Here is another.

It has been a while since my last post and I have a lot to update as far as my paganism goes. I have picked a path and started on the Bardic Grade course with The Order of Bards, Ovates, and Druids (OBOD). And I have joined a local grove, which has recently been recognized officially as an OBOD Seed Group. I have been attending wheel-of-the-year celebrations with them since Samhain last year, and officially joined via initiation at this year’s Ostara ritual.

Sadly, it’s a recurring story that many of us have seen, where Pagans are blamed for something that a non-Pagan did.  In this case, like many others, the person is a Christian.  This Christian supremacist was clear in his motivations for slaughtering Muslims at their Mosque, explicitly likening his actions to those of previous Christian supremacists, both ancient and modern, in his published manifesto.  So with that clear statement of his motives, somehow a journalist still felt completely justified scapegoating Pagans.  This echos last year’s top post #6, which explored violence against Pagans when some can’t handle seeing them simply enjoying their spiritual practice in a ritual.

As we saw above, in #10, the posts giving practical celebration ideas for each Sabbat come in handy.  This one doesn’t follow the results from John and Jason, however, as Mabon is one of the lower key Sabbats in both of their results – yet it scored well here.  Go figure.

6.   The World Needs Her Witches, by Phyllis Curott

Somewhat similarly, Witch and Wiccan Priestess Phyllis Curott responds to a high profile editorial in a major newspaper which dismissed Wiccan spirituality as “occultism” and that it can’t possibly be “life shaping”.  Her clear and direct post shows why Wicca is the exact opposite of shallow, and maybe we can hope that the confused (by his own words in his editorial) man can learn this. 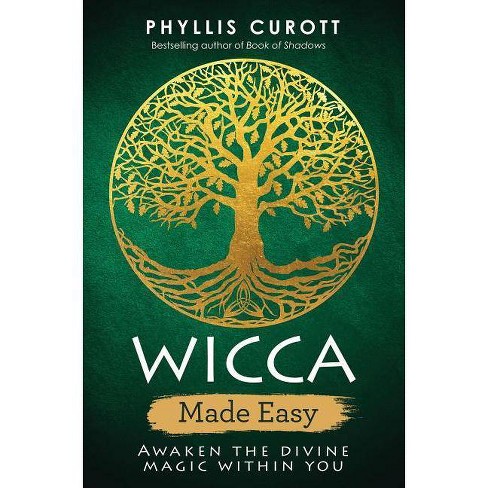 Witchcraft is the fastest growing spirituality in America. Pew Internet Research has finally confirmed it and it is making news.  The movement nurtured with so much love for so long by so few has exploded into mainstream visibility and influence. Which requires of those of us who have called ourselves Witches for many years and those who are just coming to it, to think and speak clearly about the true wisdom and ethos of Witches and Witchcraft and Mother Earth:  we live in a sacred world and so we are all called to live in a sacred way.  There is a reason we are here now. The world needs her Witches.

For many of us, and certainly for myself, the Winter Solstice holds immense power.  It’s been celebrated by our Ancestors for at least many thousands of years, and is the closest thing to a universal human holiday which cuts across practically all cultures.  It consistently came up as one of the top Sabbats (second only to Samhain) in the calculations by Jason and John mentioned earlier, and that wasn’t a surprise.  So seeing the Winter Solstice in the Top 10 makes sense.

Like Top 10 post #6 above, this post was a response to an editorial in the New York Times which bemoaned Paganism.  Being that we Pagans are (even still) a bit of an obscure topic, that a major national editor would write about us at all is significant.  What’s even more remarkable is that this post was in response to a different New York Times editorial, by a different author!  Yes, we are starting to be noticed – so much so that we now have had editorials bemoaning our existence happen twice at the same paper in 2019!  Here’s an excerpt.

And that is why I am writing about Douthat’s article here at HumanisticPaganism.com … because I think that is exactly what we are trying to do here and in other online fora (like NaturalPagans.com).  We’re trying to bridge a philosophical naturalism and political progressivism, on the one hand, with an atavistic religious sensibility and practices which are an organic response to the natural world, on the other.

Writing this top 10 list, in this order, made me realize something.  Top 10 post #3 points out that Douthat’s main point was that (small “p”) paganism sees the sacred as in the world (immanence) as opposed to outside the world (transcendence, as in the monotheistic religions).  This (oversimplified) view can be helpful.  So both naturalistic and supernaturalistic Pagans see the sacred infusing our world (immanent), and hence the world as more sacred and wonderful than those who see their divinity as outside and separate from physical reality (transcendent). That’s step one.

Now step two.  As naturalists, we see that sacrality as the very nature of the world, not as supernatural magic or supernatural deities, as supernaturalistic Pagans do.  Is it just me, or do these two facts, together, make the physical, touchable, real world even more sacred?  It’s this real world we can touch and see – without any supposition nor need for anything supernatural, which gives our world it’s full sacrality, it’s full wonder!  I think this realization shows me why we find so much joy in our real world – from a simple acorn to the incredible spectacle of an eclipse.

And I don’t think I’m alone – as seen by the fact that this eclipse post, with Ritual ideas to celebrate the eclipse.  An eclipse is something to link us to our wider web of life and the universe, and is especially something to share with children.  Here’s an excerpt.

An eclipse is a powerful time that forever strengthens one’s bond to the rest of our Universe, and thus a sacred time for us Naturalistic Pagans – and a good time for a ritual.  Rituals are often more powerful if we feel connected to them.  To gain that connection, it helps to be involved in the writing and planning of the ritual – whether that’s from scratch or just making minor tweaks.  So here are some ideas for rituals –

1.  Paganism Isn’t Where You Think it is

Our #1 post of 2019 clarifies an idea which is at least hinted at in many of the top posts, and especially in the descriptions of top posts #2 and #3.  That idea is that the real power of our Naturalistic Paganism – and many non-naturalistic Paganisms – is the rapturous feeling we get when we experience the world, when we see, even for a brief moment, the wonder and awe that surrounds us here.

I experience a sense of place and belonging, when Poe and I walk through our neighborhood. I’m grounded, connected, and relating with intention to the human and more-than-human world around me. I’m aware that the very real world of spirits is here, right now, and not somewhere else, far away. This is it!

May that joy, which cannot be fully put into words, find us all in 2020.  Blessed be