Posted on July 31, 2015 by NaturalisticPaganism

Note from the editor: Check out Debra Macleod’s forthcoming book: Brides of Rome: A Novel of the Vestal Virgins.

Despite the resurgence and richness of the Vesta tradition, many people who think “Vestal Virgin” still think of one thing: the fact that Vestals who broke their vow of chaste service to the goddess were buried alive. Let’s be honest. Who can blame people for going there? It’s a pretty dramatic image: a young woman being thrown into a shallow grave and trying to claw her way out while dirt is being piled on top of her.

Of course, that isn’t how it happened. It was considered a sacrilege to kill a Vestal, so those who were found guilty of incestum (breaking their vow of chastity) were taken to the Campus Sceleratus or “evil field” just inside the city walls of Rome where they descended a ladder into a subterranean pit. They were given enough food, water and light to last a few days. This absolved the Roman people of guilt for their death. Talk about a technicality.

Another misconception is that being buried alive was a common occurrence. Not so. In the thousand-plus years that the Temple of Vesta was active in the Roman Forum, only a handful of Vestals were ever killed in this way.

Finally, some people automatically assume this punishment – along with the vow of chastity itself – was a misogynistic way to control female sexuality. Such an assumption is a lazy way to look at history: it looks through a 21st century lens, which often includes a hypersensitivity toward gender issues, and fails to truly put these things into historical or social context.

Vesta, goddess of the home and hearth, is symbolized by and resides in her sacred fire. In antiquity, her fire burned in Roman homes as well as in the inner sanctum of her temple in the Roman Forum. The ancient Romans believed that Vesta’s fire guarded their world, families and lives, and that if the fire went out, Rome would fall to invading barbarian armies. Their men would be slaughtered, their women and children violated and enslaved, and their entire way of life destroyed.

To prevent this from happening, an order of Vestal priestesses was created to keep the eternal flame alight in Vesta’s temple. The Vestal Order was Rome’s only full-time, state-funded priesthood. By guarding the flame, the Vestals ensured the pax deorum – the peaceful contract between the gods and humankind – would remain unbroken.

Choosing suitable priestesses for this duty was essential. After all, the more Vesta approved of them, the more likely it was that she would continue to guard Rome and her people. Because Vesta is a virgin goddess, virgin girls were selected as priestesses. This put them in a state of purity that was deemed patently suitable to approach a virgin goddess.

These Vestals took a thirty year vow of chaste service to the goddess. Again, it was believed this gave them special ability to perform Vesta’s rites. It also granted them special favor to petition Vesta to protect Rome, particularly during times of crisis. Their virginity was therefore not an attempt to control their lives, but rather a consequence of the condition required to do their job and attract the goddess’s good graces.

Nor did the “sacrifice” these women were making go unnoticed or unrewarded. (Although considering the limited rights and choices most women had at this time, being a Vestal may have been more of a blessing than a sacrifice.) Vestals lived a life of luxury, privilege and relative independence. They were influential in the political sphere and were venerated by society at large. After their thirty years of service, they were free to leave the order as wealthy women. Some chose to marry – as rich, well-connected women they were certainly desirable wives – but many chose to stay with the order. 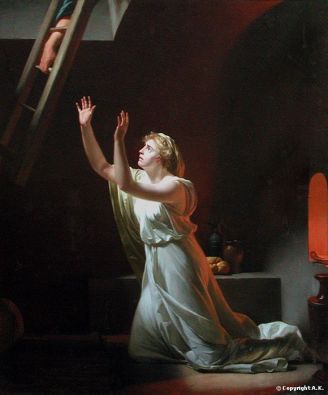 But back to the punishment of being buried alive. Was it motivated by misogyny? I don’t think so. Rather, I think it was a punishment that the ancients believed fit the crime, even though the crime is one that to our 21st century sensibilities isn’t a crime at all. It’s also worth noting that the Vestal’s male lover didn’t fare any better than she did. He would be flogged and publicly executed.

Of course, an assigned life of chastity – even one that came with some big perks – isn’t something we’d support today. Indeed, there is evidence that the Vestal Order itself was challenging this as early as the 1st century CE. In the writings of Suetonius and Pliny, we can see that the vow of chastity was becoming irrelevant to the order, society and those in power, particularly during the reigns of Vespasian and Titus.

Moreover, the emperors of the early empire granted “Vestal privileges” to female family members, thus freeing them from the patria potestas. In this way, Vestal privileges were an early form of women’s rights that could be expanded beyond the Vestal Order. Was this fledgling feminism? I think so.

But like any social change, this one was destined to move forward in stops and starts – and its biggest “stop” was the violence and oppression committed against the Vestal Order not by the polytheistic establishment, but by the first Christian emperors whose androcentric and monotheistic religion demanded the total destruction of a socio-religious order that elevated the status of women.

This article is by no means an exhaustive look at the Vestal Order. I’ve been studying the Vestals for decades, and it would take a book (which I’m working on) to cover it in a comprehensive way. My goal here is merely to make us re-think the knee-jerk assumptions we make when we look at Vestal practices and punishments.

I’ve always believed that the Vestal Order was an early vehicle for feminism, and were it not for the intolerance of early Christians who found themselves in positions of power, I suspect it would have expanded its influence and relevance to advance the status of women in the ancient world. This would have happened slowly and imperfectly, but I suspect not as slowly and imperfectly as it did (or has yet to do) in a world dominated by aggressive androcentric monotheism.

After all, the Vestal Order has always been a proud one that is able to both initiate and adapt to change. I suppose that is why Vesta’s fire continues to illuminate homes in the New World as it did in the Old World. Visit NewVesta.com for more info. 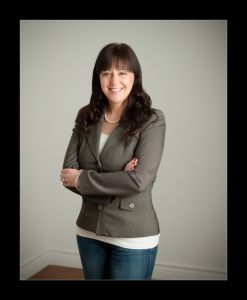 Debra Macleod, B.A., LL.B. is a couples and family mediator, a top-selling marriage author-expert and a popular resource for major media in North America. She is the leading proponent of the New Vesta tradition and order. Her New Vesta book series and Add a Spark women’s seminars “spread the flame” into modern lives and homes. You can visit Debra’s private practice at DebraMacleod.com or her Vesta website at NewVesta.com.

← [A Pedagogy of Gaia] “Preparing a Ritual” by Bart Everson
Announcing: An educational course designed for naturalists! →

One Comment on ““Vestals, Feminism & the ‘Evil Field'” by Debra Macleod”