Posted on November 8, 2022 by NaturalisticPaganism

The Wonder podcast often reveals insights which, though they have been hiding in plain sight, I’ve not noticed for years, if ever.  Episode #28 supplied another one – one much larger than the episode which contained it – that Paganism – including many kinds of Paganism, from hard polytheism through Naturalistic Paganism – is, in many ways, fundamentally different from most other religions.

Isn’t every religion “different” from every other religion?

Is this true?  Of course, each religion is “different” from all the others in some ways – or else it wouldn’t be a separately identifiable religion.  Many of those differences are in specific details.  For instance, ancient Greek religion had a pantheon of goddesses and gods – while ancient Roman religion was “different” in that the Roman goddesses and gods had different names.  But as many of us who have studied these religions and pantheons knows, many of the goddesses and gods were often nearly identical to each other, sometimes being different mainly by having different names (such as the Roman goddess Diana being similar to the Greek goddess Artemis).  Somewhat similarly, the Muslim supreme god shares a lot of traits with the Christian supreme god, etc. 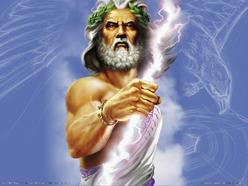 But that’s not what I mean by “different”.  I mean fundamentally different in important aspects of outlook, worldview, action, and our relationship to each other and the world – aspects which go beyond names of deities or language.  These are aspects which profoundly affect what kind of life you may choose to live, what kind of social situations are most (and least) compatible with the religion – and the flip side of that, which is what kind of social situation, government or world is more or less likely to result if the given religion were nearly universal.

Of course, religions are believed and practiced by human beings, and any generalization about humans or even subgroups of humans is likely to have some or even many exceptions.  This is especially true about a subgroup which may contain millions or even hundreds of millions of individual humans. So I’ll apologize in advance for saying that this or that religion does or believes something that at least a few members don’t.  Despite the fact that there are such a smaller number of Pagans than most other religions, this “problem” is even bigger in Paganism, where there is a wide diversity of both beliefs and practices, and so it’s even more likely that a given practice, view, action, or belief has plenty of Pagans for which it is incorrect. 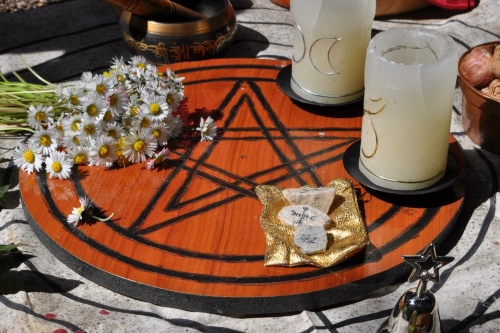 Plus, few “rules” or claims about religions don’t have any exceptions (again, these are human beings we are talking about). As a result, nearly all of the ways I see Paganism as fundamentally different still have some other religions which share that given feature.  After all, there are at least thousands of religions! Still, each of these features is at least uncommon, or often rare, among other religions, and it’s very few religions which share all of the features I’ll discuss (and simply due to my own upbringing in Christianity, and being American, I have more knowledge to compare Paganism to Christianity than to, say, Shinto).  So I’ll charge ahead, while being open to those who are kind enough to help me correct my mistakes and learn.

Even with all of those exceptions and nuances, I’ve realized that in so many ways, Paganism is radically different from many huge religions, and that these radical differences appear to have a large impact on our lives, on the lives of future generations, and on our world.  The first difference (Part 1) will be about who is fundamentally in charge of your religion, and this touches on how each religion sees our human nature.