Five Mistakes We Make When Criticizing Other Religions 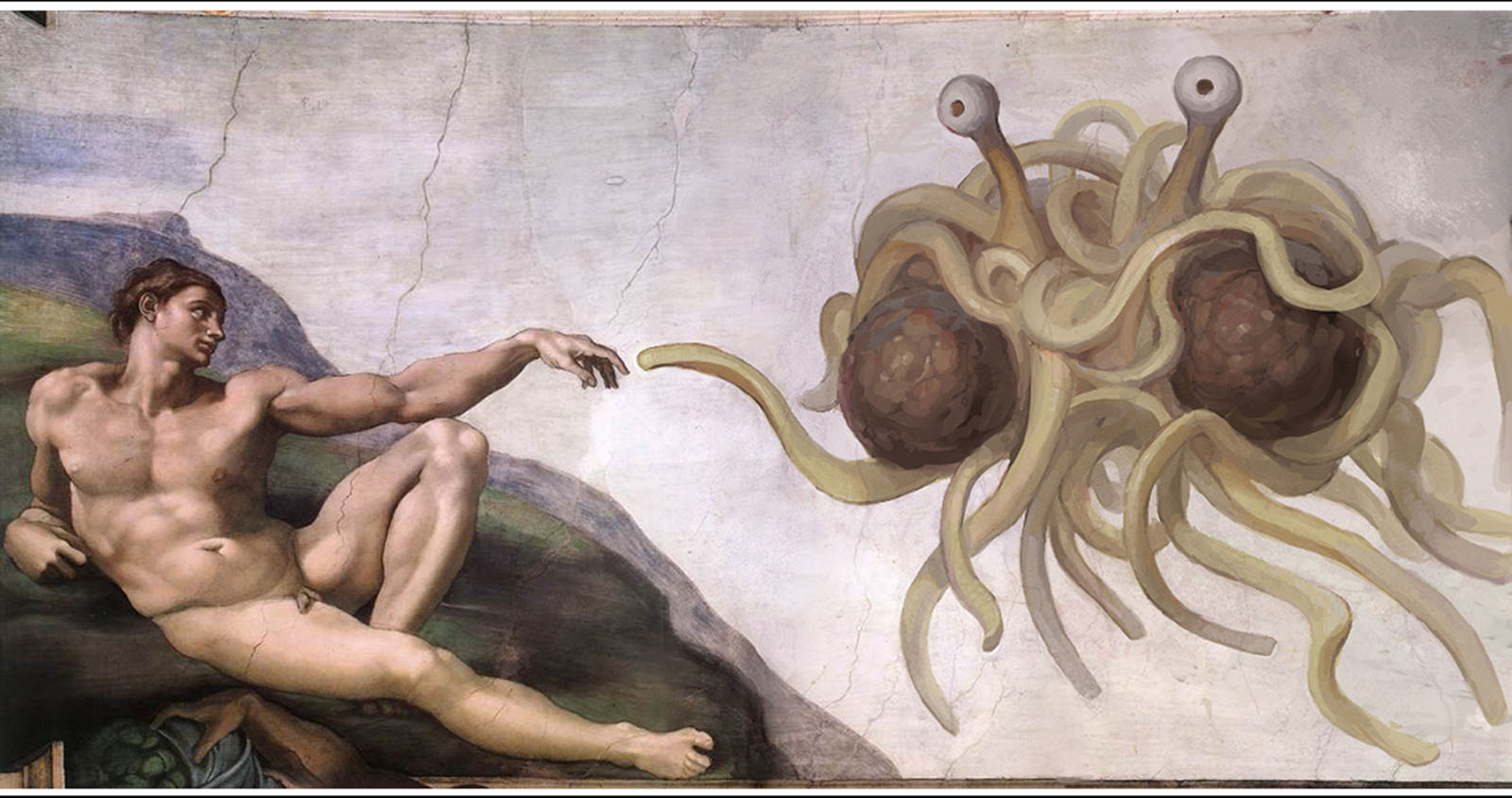 When I tell my story of my departure from my faith of origin (Mormonism), I tend to phrase it in terms of my refusal to assent to certain doctrines and policies of the Mormon church.  And, indeed, that was the story I told myself for many years.  And yet, I wonder if perhaps my falling away was less a matter of the head, and more a matter of the heart.

When I left the Church, I wrote a long letter to my ecclesiastical leaders explaining why I wanted my name withdrawn from the church rolls.  It included a list of eight key Mormon doctrines which I no longer believed in and six church policies that I rejected.  But the letter concluded with reference, not to belief, but to feeling:

“Finally, I have found more meaningful and more spiritual worship outside of the LDS Church than in it. I often hear LDS members complain that they do not feel the Spirit in church, but they continue to attend became they believe in LDS Church (in some more general or abstract sense) is ‘true’. … I do not believe that a church can be true if it is without the Spirit. No history, no priesthood authority, no doctrine, and no rituals can compensate for the lack of the Spirit.”

Now I wonder if I might just have written that paragraph and left all the doctrinal and political justifications out.

The notion that religion is essentially a set of propositions to which we assent or which we reject is a very modern and Western (and especially Protestant) notion of religion.  Religion for many indigenous peoples, Eastern religionists, and ancient “pagans” was less a matter of belief, a more a matter of practice–a practice largely continuous with other parts of life.  I wonder if the notion that modern Western religion is about belief is really a conceit.  And if, so what does this mean for the secularist’s critique of religion?

In an essay entitled, “Religion and the Body,”* Ann Burlein, Professor of Religion at Hofstra University, lays out five common mistakes that academics make when they analyze religion.  I have seen these mistakes made by secularists, atheists, and religious naturalists–myself among them.

1. The Error of Falsity

According to Burlien, religion is not primarily a “head thing,” so disproving factual claims does not dissolve a religion’s appeal or power.  We fail to understand the nature of religion when we think of it primarily as an unscientific or pre-scientific way to explain natural phenomena.  Burlien explains, “Although some people do turn to religion for answers, the experience of being answered is much broader than facts, scientific evidence, syllogisms, or even certainty.”  This distinction between feeling “answered”–which religion gives–and having the right answer–which science gives–is important.  And when we conflate the two, we fail to understand the power of religion.

While we human beings are prone to myriad logical fallacies, I’m convinced that people in general are not stupid.  A lot of the criticism I hear from secularists sounds like they think all religious people are idiots.  Here’s a tip: If you find yourself thinking that everyone else is stupid, consider the possibility that you are overlooking something.  It’s likely that the situation is more complex or nuanced that you think.

2. The Error of Contradictions

Consider for example, this example I recently heard in an interview of an avowed feminist who still identifies as part of a patriarchal religion.  She explained that recognizes the patriarchalism inherent in the scriptural teachings about gender and sex, and she understands how damaging these teaching are to women.  And yet, she still had great love for the religion, because it was the religion of her mother and grandmother, whom she revered as strong female role models.

For me, that story is an example of is why the presence of contradictions does not make a religion “untrue” for those who are living it.  The woman in question was not believing a contradiction; she was living the contradiction.  And that is the nature of life; we must live with contradictions which a purely rational analysis will not tolerate.  The fact that this woman had found a way to live with the contradiction is not a sign of a cognitive failure, but a testament to her moral courage.

3. The Error of Expression

We tend to talk about religious activity as an expression of religious belief.  So we say that, when Muslims face Mecca or when Christians kneel down to pray, that these actions symbolize x or y.  Again, this is a function of our tendency to define religion in terms of belief.  But religious activity does more than symbolize abstract ideas.  Burlein explains that crosses and other religious objects are not the means by which people express their religious identities, they are the means by which people do their religion.

This is true not just of bodily actions, but also of religious speech.  Religious words and phrases are not just signifiers; they are performance.  In his article “You Have to Take it With You: The Embodied Nature of the Religious Self,” Jonathan Weidenbaum, professor at Berkeley College, explains:

“Religious narrative is powerful because it draws upon and even carries the visceral character of the religious experience. We are moved to tears by the speeches of Martin Luther King Jr. and their use of biblical imagery–and not because we understand the meaning of his rhetoric in the abstract. The question of whether or not a sacred future, a time where ‘the crooked will be made straight,’ is literal truth or allegory completely evaporates before the moral urgency and pathos of King’s delivery. His words are used to transform us in the present; to actively transport us to a time of true justice and equality. In short, King’s speeches do not point to this reality, they embody it.

Thus, Weidenbaum writes, “The exodus of the Israelites to the Promised Land is the transition from bondage to freedom; Mohammed’s celestial journey from the Dome of the Rock is the raising of the self towards the expansive and the sublime.”

I discovered this after I left the Mormon church.  Mormons have a practice called “testifying” where they say “I know [such and such doctrine] is true.” or “I know the [LDS] Church is true.”  I was frustrated by this practice because I was convinced that the people could not possibly know what they claimed to know.  Later, I realized that, though the words used in these testimonies was phrased in cognitive terms, there was something else going on there.  The practice of testifying is not just an expression of belief; it is a communal ritual by which Mormons express their solidarity with each other.

4. The Error of Privatization

We tend to make the mistake of treating religion as a matter of individual choice, especially when we define religion in terms of belief.  This focus on individual choice parallels our consumer society’s focus on the same.  From this perspective, an individual chooses a religion in much the same way that they choose other products, that is, as a way of expressing our identity.  And yet, neither our choice of religion, nor our choice of other products, happens in isolation of our social networks.  We can’t separate the choices people make from their relationships with other people.

I learned this too when I left the Mormon church.  Though I had thought of the decision primarily as an individual one, a simple matter of ending my voluntary association with a religious organization, I soon learned that I could not disentangle myself from the Mormon church so easily.  I had not thoroughly considered, for example, what my leaving would mean for my wife who still belonged to a church that placed a high priority on family unity.  What would my leaving mean for our young son who could not understand why his father was not with him in church?  How would would we raise our children?  How would we spend our Sundays?  What would religion look like in our house?  And that’s just considering my immediate family.  There were also my Mormon in-laws to consider.

5. The Error of Separating Religion from Culture

We also tend to try to separate religion from culture.  People sometimes say, “That’s not the religion; it’s just cultural.” This is often done when we try to separate out the undesirable parts of a way of life, leaving a “pure” form of the religion behind.  But there is no such thing as a “pure” religion, separated from its cultural context.  Religion and culture are not the same thing.  But religion, as it is lived, cannot be separated from other aspects of a way of life.  Burlien notes that, as soon as someone starts drawing such divisions, it is a sign that religion has become a “problem” for them; they can no longer take it for granted, and must reflect upon it.

Religion is far more than a set of propositions to which we intellectually assent or dissent.  Religion is inextricably intertwined with our social networks and our cultural context.  And religious behavior, including religious speech, is far more than an expression of belief; it is a performance which binds us to our religious communities.  When secularists, atheists, and religious naturalists attack a religion on the basis of the demonstrable falsity of the beliefs of its adherents, we reveal our own ignorance about the complexity of this thing we call religion.

4 Comments on “Five Mistakes We Make When Criticizing Other Religions”