[A Pedagogy of Gaia] The Worst Animals in the World, by Bart Everson

Posted on November 16, 2016 by NaturalisticPaganism

The Worst Animals in the World

The first results came in from Indiana, my home state. Us grown folk were not surprised, and we knew the final results would be different — or so we thought.

But my eight-year-old daughter was dismayed. As she contemplated the prospect of a Trump presidency, she wondered, “Why am I worried about studying for my math test if the world is about to be in an apocalyptic state?”

(I can’t even tell you what the ten-year-old neighbor boy said, or the Secret Service would be knocking on his door.)

Now that we’ve seen how it all went down, many of us are sharing her anxiety. The apocalypse is here, it seems. The sky is falling, only this is no Chicken Little fairy tale. It may feel like a nightmare, but this is for real.

Of course, the truth is that we’re already living in an apocalyptic state. It started before we were born. The ascendancy of the Donald hastens our embrace of it, but the truth is that neither of the two major-party candidates were going to bring the radical change we need. I’m not sure any president could. We need broad-based social change that comes from the bottom up.

We face numerous interrelated crises, and our social problems are intimately connected to our ecological problems. Some have taken to calling our age the

“Anthropocene,” from the notion that our human activity is fundamentally altering the planet. One of the most troubling realities is that we are living through an age of mass extinctions, similar to that time when the dinosaurs bit the dust. Only this time, the agent of destruction is not a massive meteor from outer space. It’s us.

Which leads me to something else my daughter said, just the other day, which I found even more disturbing. She and a friend altered the lyrics of some song at school to include the following zinger:

“We are the worst animals in the world.”

Ouch. That hurts. That breaks my heart, actually.

And yet, I know where it comes from. It’s part of our emergent understanding of what it means to be a planetary species. Kids today are growing up with a much clearer knowledge of our global impact. Unfortunately, this often gets debased and oversimplified into the crude and ugly idea that we are just plain evil.

Ironic, isn’t it? We got here in part because of a mindset that humans are superior to nature. In this view, the Earth is ours to exploit. As the eco-feminist writer Starhawk notes, “This philosophy is held by many religions, but also by both capitalists and classical Marxists.” By contrast, in recent decades we’ve seen another understanding, one often embraced by environmentalists, that is basically an inversion: the idea that humans are evil destroyers of nature.

Do I need to explain why both perspectives are harmful — and wrong? We are not separate from nature. We are nature. We are, indeed, animals. But you can’t rank 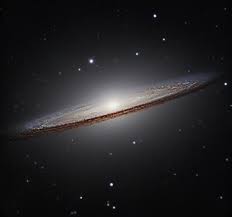 animals in any ecosystem from best to worst. We are not the best; we are not the worst. Ecology is just a hell of a lot more complex than that.

There’s no denying that we are special in some ways. We are excellent in some ways. We have peered deeply into the secrets of the universe and contemplated its mysteries. One thing I want my daughter to know is that the ecological problems we face are brought on by our own runaway success. We humans have figured out how to survive and thrive so well that we have become victims of our own cleverness.

But that doesn’t get us off the hook for the big question. It only makes it more clear. Every living thing on Earth has a role. What is ours?

Re-conceiving our self-image, re-imagining ourselves, and engaging in a new relationship with all our planetary relations, is a primary challenge facing us as a species now.

Surely we can learn to see ourselves in a different light, as something other than exploiters. It’s imperative, because there’s there’s no turning back from the Anthropocene. We’re here, and we’re making a massive difference.

The folks at the Smithsonian’s Human Origins Initiative observe that “altering our surroundings is fundamental to human survival.” They cast the question this way: “How may we come to alter the world that we’ve created in a conscious and productive way?”

But I think Pope Francis summed up this question best in his encyclical, Laudato Si’. He boils it down to one pithy sentence that still sticks with me:
“What need does the Earth have of us?”

What need, indeed. The answer will be neither simple nor easy. Ah, what do I know? Maybe it will be simple. Keep reaching for it.

2 Comments on “[A Pedagogy of Gaia] The Worst Animals in the World, by Bart Everson”