Spinning an Interview, by Bart Everson

Posted on September 13, 2016 by NaturalisticPaganism 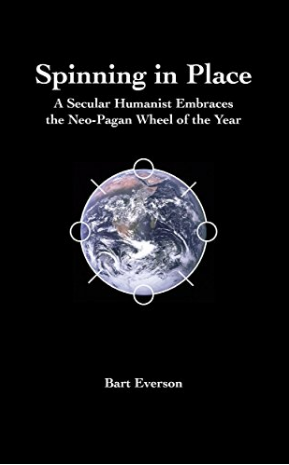 It’s been five months since the publication of Spinning in Place, and so far no one’s asked to do a single interview.

Well, OK, that’s not entirely true. I did get interviewed about it for a local TV show. See the video below. But no one’s done a written interview. And as a writer, I’m kind of partial to the written word.

Never one to shy away from self-promotion, I sat down with myself recently to ask (and answer) a few tough questions.

First of all, the title — Spinning in Place — that’s kind of a terrible title, isn’t it? What were you thinking?

I wanted something unique. According to my research, there are no other books with this title, despite the fact that it’s a familiar phrase. Of course, you’re correct that it has a negative connotation. It suggests stagnation, lack of progress. I suppose that’s why no one has used it! I wanted to reference the fact that we are on a planet spinning around the sun, and that from our sense of place we derive a meaningful perspective on being.

That sounds kind of vague. What’s the book actually about?

The book describes a cycle of eight seasonal celebrations which humans have observed for thousands of years in various ways. These are the equinoxes and the solstices as well as the so-called cross-quarter days. Readers of Humanistic Paganism will doubtless be familiar with this construct. It’s the Neo-Pagan Wheel of the Year.

So it’s a spiritual self-help book?

No, no, not really. It certainly doesn’t contain any specific instructions on what to do. As I say in the introduction, it’s not a how-to book. It’s more of a why-bother book. And I shy away from using the s-word (spirituality) is describing the book. That might tend to frighten away the very people who would find the book of greatest interest.

Well, who is that, exactly? Who did you write the book for? 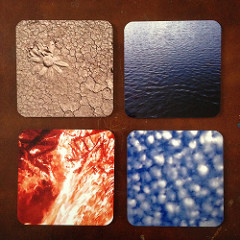 Great question. It took me a while to figure that out. The content emerged slowly over several years, and reflected my own personal understanding as I encountered the Wheel of the Year myself and tried to make sense of it. I was going through a period of changes, and in my writing, essentially, I was trying to explain and justify my new practices to my old self. And since my old self was, more or less, a hardened atheist, skeptical of all things spiritual or religious, I realized that was my audience.

So you’ve written a book on spirituality for atheists?

There’s that word again. When I use the words “spiritual” or “spirituality” in the book, I’m generally referring to emotional or affective experiences, in particular those which touch on meaning, purpose and values. I’m not making any reference to supernatural spirits. It’s important to me to maintain the integrity of my naturalistic worldview, and I hope my writing reflects that. But to answer your question: yes. What I’ve attempted to outline is one particular pattern of religious practice which I think may have some appeal to naturalists, humanists, freethinkers and skeptics.

Now hold on there. Spirituality is one thing. Religion is quite another. Are you saying this is a religious manual for atheists? That’s absurd!

It might seem kind of kooky, but only because of the false distinctions which are so abundant in our society. If we can accept that spirituality can be naturalistic, then the same can apply to religion. After all, what is religion but spiritual practice in community? And again, this book is not a manual or a how-to guide.

You mention the idea of community. Has the book found an audience?

To a limited extent. I recently got interviewed for The Humanist Perspective, a local TV show produced by the New Orleans Secular Humanist Association.

However, so far, most of the reviews have come from people who seem to be already familiar with Paganism, who may in fact be practicing Pagans themselves. Those reviews have been very positive, and I’m grateful for them. However, I feel the book may have even more value for those who aren’t already steeped in that culture, which is why I’ve been keen to promote it amongst the secular humanist community.

The title is available in Kindle format only. Why an ebook? Any plans for print?

I’m still very attached to print books. But my book club recently read Wool by Hugh Howey. That was a number one Kindle bestseller on Amazon. Ironically we read it in print, but the story of the book’s success got my attention and prompted me to take the plunge myself. I was curious to see how the process worked and what I might accomplish on my own. I’m hopeful that I might get the right publisher interested in producing a print edition at some point in the future. 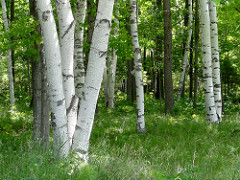 What about the cover? I understand you designed it yourself.

Yes. I used a NASA photograph of the Earth from space, which is in the public domain, and I drew my own graphical representation of the Wheel of the Year, showing the solar holidays as circles and the cross-quarters as cross-marks. It’s gotten some favorable feedback, and I nourish the wild hope that the symbol might gain a life of its own, as a symbol of the Wheel of the Year.

One last question. Why did you write this book?

Again, it comes back to the notion of community. I’ve been very interested in our community of Neo-Pagan naturalists, humanists, freethinkers and skeptics. There’s been a number of great efforts recently to articulate our viewpoint and argue for the legitimacy of our approach. I thought it was time for a book that outlines what our practice might look like. I hasten to add that it’s not definitive by any stretch. I don’t think we want or need a definitive practice. My book is the opposite of definitive as it’s highly personal and idiosyncratic. It’s about my own struggle to find meaning in the Wheel of the Year and to put those perceived values into practice in the world.

Here’s a link to the book.

3 Comments on “Spinning an Interview, by Bart Everson”