“Nature and Values Beyond the Binary” by Crafter Yearly

Posted on July 17, 2015 by NaturalisticPaganism

Wicca and Wicca-Influenced Paganisms draw upon the symbols of the Goddess and the God. The two together represent balance. Central to their symbolic power is that each plays a role in creation. Together, they can create life through union. The magic inherent in their relationship is responsible for the continuing of life.

As a very young person, I thought that this imagery of the Goddess and God was enchanting. How wonderful to have women and men (all people!) represented in the divine! How wonderful to have the sexual and procreative relationship valued and celebrated and given spiritual meaning! Although I wasn’t exactly a Wiccan, I still loved the myth of the Goddess and the God because it gave me both the feeling of domestic coziness and primal sexuality. It seemed a model of divinity that encapsulated everything I thought there could be in terms of love relationships.

As I got older and came to be very close friends with gay, lesbian, and trans people, I started to bristle against the binary, discrete division of human kind into male and female. The mythology so centered on heterosexual attraction and procreation started to nag at me.

During the same period, I started to read Judith Butler, Monique Wittig, Julia Kristeva. I started to understand gender as something we make through culture—something we do, not something that is natural to us. I started to think about the way in which feminine and masculine function as terms, and wonder about what their purposes and functions might be.

Feminine and masculine group together behaviors and ways of being that are linked to power and hierarchy. They create gendered norms that reinforce the power structure that advantages cis-gendered-heterosexual males over all other people (i.e., cis-gendered heterosexual females and queer peoples of all kinds). And while the terms feminine and masculine are quite effective for sorting and norming behaviors in ways that support relationships of dominance, they are not (in my view) particularly useful otherwise.

For example, some of the values associated with femininity are things like nurturance, acceptance, gentleness. Women, femininity says, are supposed to nurture others; we are supposed to accept others and our place in the world; we are to be gentle and make others feel comfortable and emotionally safe. However, some women aren’t particularly nurturing people. Some men are quite comfortable care-giving and take great satisfaction from it. When we use the language of masculine and feminine, those women who are less nurturing and those men who are care-givers are seen as deviant in some way for not living up to their gender-based social norms of masculinity and femininity.

To me, this example demonstrates why the concepts masculine and feminine should be rejected. Nurturance, acceptance, and gentleness are values that can be demonstrated by all kinds of humans. Just as courage, determination, and boldness can be as well. Rather than grouping sets of values or attributes into masculine and feminine traits, why not celebrate each of these plural values on their own as accessible to all? 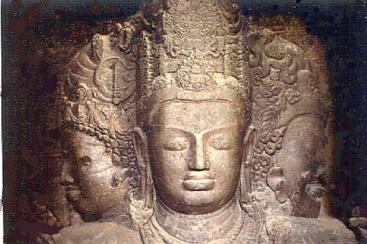 In my view, it would be healthier for us as individuals and as a culture if the plurality of human values were de-coupled from gendered expectations. Gentleness and boldness are both valuable. They both serve human goodness in ways that should be appreciated on their own merits. To assign gentleness to women and boldness to men makes it more difficult for us to recognize those qualities as they actually appear in human action. It also makes it more difficult for us to see the diverse range of human beings and ways of life on their own terms. When we expect boldness from men, those men who are gentle appear less recognizable to us. When we expect gentleness from women, those of us who are bold become illegible.

Not only would rejecting masculine and feminine as terms be healthier for us, it would also be more reflective of nature. Masculinity and femininity are cultural constructions. What is masculine in some cultures is considered feminine in others. In nature, we don’t find complete separation between masculine and feminine behaviors in the same way that we do not find neat and total separation between male and female. Within humans there are intersex people. In other species, we find animals that can change their sexual anatomy and function under particular circumstances. It is simply not a fact about the world that there are two, discrete sexes. There are multiple. Our insistence on seeing only two in the world is a result of the ideology of the gender binary.

If masculine and feminine should be rejected as terms, and if male and female do not exhaust the possibility of human or animal life, then should masculinity and femininity play centrally important roles in understanding divinity in a Naturalistic or Humanistic Pagan worldview? I would argue that they should not. To conceive of divinity as the Goddess and the God (or as Goddesses and Gods) is to fundamentally misrepresent the diversity of what is. The imagery of the Goddess and the God as a way of understanding the universe has the result of making the universe smaller, more uniform, and less complex than it actually is. When we attempt to personify divinity, we do not make goddesses and gods in our own image, we make them to demonstrate our narrow and socially constructed norms. Nature and values are bigger, more diverse, and more complexly beautiful than those norms. We do divinity and ourselves no favors when we limit our view of the world in this way.

Crafter Yearly earned a PhD in political philosophy and now works as a professor at a teaching institution in the midwest. Her research is in the areas of antiracism, feminism, and social constructivism. She was introduced to Paganism by Wiccans, but has come over time to adopt a purely naturalistic reverence for the Earth and the Universe.

See all of Crafter Yearly’s Posts