Posted on October 14, 1066 by NaturalisticPaganism 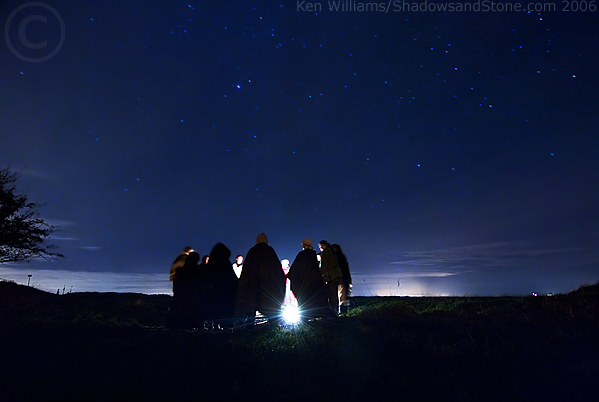 Ritual, too, is an essential part of many Naturalistic Pagans’ religious practice. Through ritual, Naturalistic Pagans seek to express their sense of wonder and reverence at the universe and to connect on a deeper level with that process of life. The ritual enactment of myth helps to transform our understanding of the natural world into a religious experience. Some Naturalistic Pagans may invoke deities, spirits, or ancestors as part of their rituals, but these are usually understood in poetic, allegorical, or psychological terms. This is not the same thing as play-acting, though. Ritual is known to have many psychological and social benefits, which are not affected by the absence of belief in supernatural beings, including:

← Religion without deity?
What is Humanistic Paganism? →