“Life is….”, by Brock Haussamen

Posted on August 22, 2019 by NaturalisticPaganism

People like to offer each other such phrases as “life is fragile” and “life is fleeting,” often after watching news of tragedies. But upbeat versions abound as well: “Life is good,” “life is beautiful,” “life is precious,” “life is to be lived” (I’m not sure what that one actually means), and even “life is what happens while you’re making other plans.” But which “lives,” which meaning of the term, and which species, are we referring to?

Some phrases point mostly or entirely to human life. Others, such as “life is beautiful,” seem to nod as well toward plants and animals. But in general we don’t seem to mean all the life spans of literally every single creature that lives. We are usually referring to a particular group or groups, whether it is humans, or humans and animals that can experience suffering (“life is sorrow”–Mother Teresa), or the humans, animals, and plants that we can see around us (“life is too precious, do not destroy it”–Mother Teresa again). People who say they are “pro-life” actually mean they are “pro human life”; they are not vocally opposed to eating meat or cutting down trees. 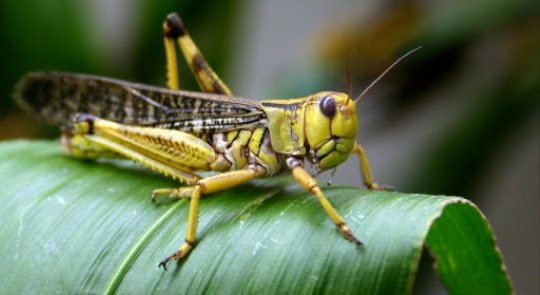 But what would happen if we did take the “life” in such phrases to refer to the lives and the life experience of literally all living things, including every insect, worm, seedling, bacteria and other single-celled creature? It would seem difficult to do so consciously because it is difficult to imagine all that variety of life, difficult to conceive of the huge swarms of life that are born or swept away everywhere at every instant. Still, it’s interesting to consider which of our “life is…” expressions would continue to hold true as descriptions of absolutely all of life. “Life is fragile” seems accurate for bacteria as well as people; “life is precious” applies to us but not to one-celled creatures.

I suggest that often, in our expressions about life, while we naturally think mostly of people and maybe some animals, we are also, imperfectly and tentatively, reaching out to life in its largest sense. We can glimpse this ambition and tentativeness in the fact that some of the pairs of “life is…” statements are contradictory. We say “life is good,” but at some time for all beings and all the time for others, we also say “life is suffering.” We think both statements are, in their own way, true. We believe that “life is precious,” but we well may lament that “life is cheap” when plants, insects, bacteria, even humans are swept away by winter, war, microbes, tsunamis. Political leaders may console us with “life is fragile” but also with “life goes on,” as indeed it does and has for billions of years. There is no contradiction there that must be explained away.

Such contrasting expressions make me think that our awareness of being alive and of all the life around us is deep, largely unconscious, and difficult to communicate.

I live in New Jersey and taught English at a community college for nearly four decades. I am married and have a daughter, a grandson, and step-children here in the state.

I retired from teaching in 2006 in part to move on from teaching and partly to try to help reduce poverty locally and through global advocacy. For the past few years, I’ve served as a financial coach for low-income families.

I’ve also been thinking about the questions that catch up with most of us sooner or later: What is my purpose? How will I face death? What do I believe in? I’ve always liked and trusted the descriptions from science of how living things work and how we all evolved. But I could not put those descriptions together with my questions. Gradually, I’ve been coming to see how the history of life over 3.8 billion years stands inside and throughout my being and the being of others.

In my blog at threepointeightbillionyears.com, I’ve been exploring the variety of ways in which our experience is anchored not just in our evolution from primates but in the much longer lifespan of life itself.

← Our Deadly Lack of Nature Literacy, by Lupa
Our Lungs Burn & Our Grandkids are Attacked. [Stardust, Contemplating] →