Posted on May 20, 2018 by NaturalisticPaganism

Naturalistic Pagans not only view the Earth as sacred, but also ourselves, each other, and other beings that share this planet with us. But regarding food, what does the most Naturalistic Pagan diet look like? Writers, Renee Lehnen (an omnivore) and Kansas Stanton (a vegan) debate this question regarding topics on human evolution, health, environmentalism, ethics, sustainable meat, and clothing. We hope that within this debate, the reader can answer this question for themselves and be able to make a spiritually conscious and physical difference. -Kansas Stanton

Continued from Part II………    I wondered if you would recommend human waste as a fertilizer, and you bravely have! Surely the pathogens you warn about should be of even graver concern if manure is human-issued night soil. Regarding erosion, good farming and grazing practices prevent this problem and the sight of wash-outs or blowing soil is a reflection on the farmer. It shouldn’t happen whether in a meadow or a field of beans.

Veganism sometimes appears more ecologically sustainable than omnivory, but two further points challenge this notion. First, veganism exacts a peculiar environmental cost on the planet. By avoiding all animal products, vegans often turn to artificial fibers to clothe themselves and furnish their homes. Forsaking wool, silk, or leather for vinyl, polyester, or other petroleum- based fabrics causes plastic pollution. A sheep’s wool sweater and a polar-fleece sweater serve the same function, but the wool sweater comes from a renewable resource, a sheep’s coat shorn in spring when the sheep is happy to be rid of it, rather than an oil well. In addition, clothes made of natural fibers are usually more comfortable than clothes made from artificial fibers and they biodegrade when they are cast off. -Renee Lehnen

Well, there are outreach organizations that accept used clothing for those less privileged. Also, textile recycling for synthetic fabrics is becoming popular. These items are stripped and sorted to the material used and converted into padding for furniture and new clothing. And biodegradable clothing is advancing. There are organic cotton fabrics, raincoats made from potatoes and polo shirts from plastic water bottles. Recycled rubber for soles of shoes and vegetable dyes are also becoming widely used.

Furthermore, animal skins are not a by-product of the meat industry; that is a separate product where animals are raised strictly harvested for a multi-billion-dollar clothing industry. Most soft leather comes from the skins of newborn or unborn (cut out of the mother’s womb) calves. Leather goods sourced from China are chrome tanned with carcinogenic chromium which pollutes water.

And what of exotic leathers: ostrich, caiman, or snake? Endangered species may be legally protected, but has that stopped people from killing animals for the sake of money in the past? Silk is obtained by baking or boiling the worm’s silk cocoon while it’s still inside trying to become a moth so that it doesn’t chew its cocoon when exiting and ruin the product (an average of over 700 billion moths, each with a central nervous system that feels pain, are killed for silk every year).

Sheep are exploited by being selectively bred to have more wrinkly skin that produces more wool for us, but this creates cuts in shearing. And sometimes, fecal matter naturally sticks to the wool on the buttocks of sheep, attracting flies and maggots. And so, the wool industry practices mulesing, which deep cuts the skin of the buttocks without anesthesia so that when the wounds heal, new wool won’t grow. Infection is common. When the sheep are too old to produce wool, they’re sent off to slaughter.

This is quite a litany of horrors. You have outlined the worst abuses to condemn leather-wearing across the board. Most leather is harvested from farm animals that are eaten, and as such, leather is usually an ethical clothing choice. As for treatment of sheep, museling is performed on lambs with the humane intention of preventing flystrike. Alternatives to this practice and use of anaesthesia are becoming more widespread. I believe that people should be familiar with farming and slaughter practices just as they should be aware that wearing plastic clothing made from water bottles from which they have drunk and discarded is a tragic use of resources. I’ll drink tap water from a glass and wear my Aran-knit sweater proudly.

Second, humans live in symbiosis with some creatures which produce substances that vegans do not consume. We have already considered wool-bearing animals. Let’s also consider bees, insects that dwell in human-made hives and live on pollen in human-planted orchards and meadows. Apiarists take honey and candle wax from bees in exchange for providing homes and a food-rich habitat to bees, a classic win-win that is lost when one adopts a vegan lifestyle. Omnivory offers advantages of pragmatism and flexibility over dogmatic veganism.

Here’s the thing with bees. In today’s world, the honey harvest is very profitable. So, apiarists naturally aim for the highest yield possible. Because it is a food staple for bees, they will replace their harvests with a sugar substitute which doesn’t have the essential micronutrients that honey has, diminishing the bees’ health. And in conventional beekeeping, honey bees are bred to increase productivity, narrowing the population gene pool which increases susceptibility to disease and mass die-offs. Given the current endangering of bee populations, this poses risk. Furthermore, queen bees’ wings are usually clipped to prevent the relocation of a colony. Another environmental harm occurs when over-breeding of a specific bee population results in competition with wild nectar-foraging insects and birds, lowering their numbers and keeping them from pollinating plants effectively.

are a more sinister danger to all bees, wild and domestic, than a caring apiarist who attends to his or her hives.

Finally, there is the matter of taste. Shortbread needs butter. No vegan substitute is equal to its role in a recipe. A locally-made cheddar is a tasty, healthy source of protein, gut bacteria, and calcium; nut and soy cheeses are pretenders. On an aesthetic and taste standpoint, a little animal food goes a long way in an ethical, earth-friendly omnivorous diet.

First, you need to try Earth Balance butter; it’s a great substitute! Secondly (though many a vegan may shun me for this), there is no way you can replace the flavor or texture of meat and dairy. A pig is a pig, not a jackfruit. Mozzarella is mozzarella, not a cashew. I’ve eaten amazing vegan meat-substituted dishes and dined at fancy vegan restaurants and let me tell you: there is still a difference. You just cannot substitute tissue, period.

Now, science is finding ways of reproducing meat from the skin cells of cattle so that vegans can eat steak again, guilt-free. However, I have to say: almost immediately after going vegan and learning to eat right, I have way more energy, I sleep better, I’m more alert, my weight-lifting recovery is quicker, and I just feel better and “cleaner.” Also, I feel like I’m making a difference for my health, my planet, and the lives of animals. That’s not to say anyone else would feel the same or benefit from a vegan diet equally, but it works for me!  -Kansas Stanton

I’ll try Earth Balance butter out of curiosity. As an omnivore, my food choices are wide open. I’m glad you feel as healthy on your vegan diet as I feel as an omnivore. To conclude, I think we both agree that the earth and its plants and creatures including us benefit when we eat locally, sustainably grown food that is prepared with love.  -Renee Lehnen

About the Authors: Renee Lehnen 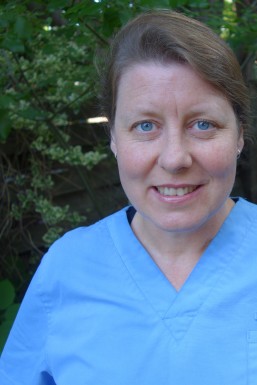 Renee Lehnen is a registered nurse and recent empty nester living in Stratford, Ontario, Canada. With her new found free time, she enjoys outdoor sports, working on local environmental projects, and gazing at the sky wondering, “What does all of this mean?”

Kansas Stanton is a Naturalistic

Neo-Pagan who resides in Seattle, Washington. He belongs to, and practices with, a local group of Reform Pagans and blogs at https://leavesontheroad.wordpress.com/. He also volunteers every year at the Esoteric Book Conference in Seattle and regularly attends various Pagan festivals and events.

He is a full-time student, earning his degree in Environmental Science and a Certificate in Sustainability, after which time he will move on to law school to receive his Juris Doctor in Environmental Law. When Kansas is not in class or working his job in the art industry, he also attends heavy metal concerts both locally and internationally. He is also a vegan outdoorsman who frequents the trails and whitewater rivers of the pacific northwest and loves to spend his time with friends over a cold, dark beer.

← Omnivorous versus Vegan Diets: A Debate. Part II, by Kansas Stanton & Renee Lehnen
Genes Are Like Sentences, Genomes Are Like Books, by Brock Haussamen →