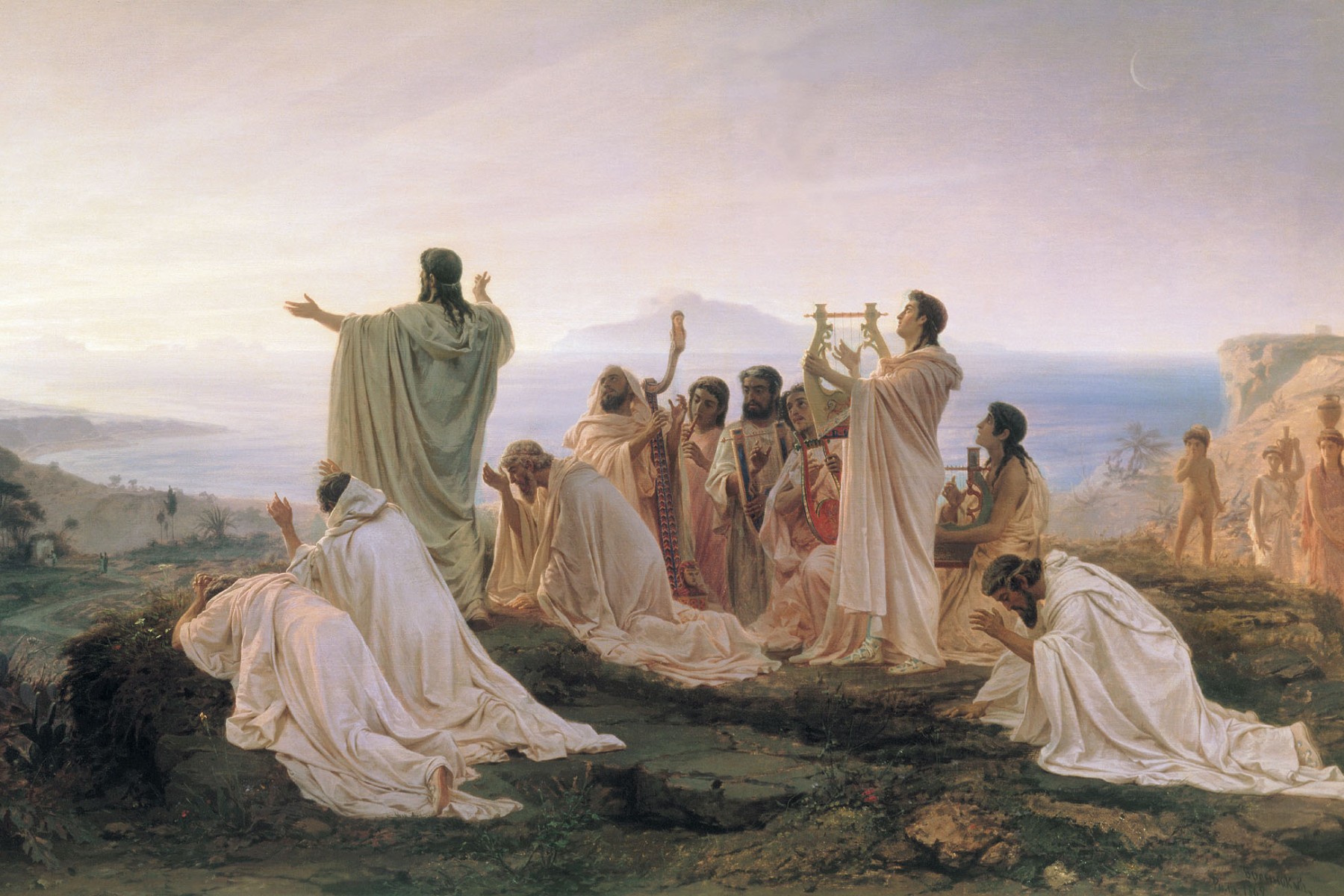 This column was conceived by Rua Lupa, who proposed gathering practical resources for Naturalistic Pagans in one place. It is dedicated to sharing ideas for religious technologies which we might use or adapt to deepen our Naturalistic Pagan practices. It includes the ideas and experiences of others, as well as some of my own, and I welcome you to send me your ideas for sharing in future posts. If you have discovered a ritual technique which works for you that you would like to add to the Naturalistic Pagan Toolbox, click here to send me an email.

A Call to Humility

I was having dinner with a friend recently who attends the same Unitarian congregation I attend.  He remarked that something is missing from Unitarian Universalist “worship” that is present in Christian worship: humility.  The Seven Principles of Unitarian Universalism do not call UUs to humility in the same way the Christian creed does.  And the UU style of worship does not usually express or evoke humility.

This is no accident.  Many people come to Unitarianism because they are tired of the “bowing and scraping” of traditional religion.  Simply put, Unitarians don’t kneel.  (They also can’t dance, but that’s a subject for another post.)  And the same could be said of many, if not most, Religious Naturalists, including Humanistic Pagans.  We share an aversion to anything resembling humbling oneself before a higher power.

It is for this same reason that many Religious Naturalists don’t use the word “worship” when referring to their own spiritual practice.  “Worship” usually refers to some kind of act of religious devotion, and devotional practice is not usually found naturalistic contexts.  Some Religious Naturalists might even go so far as to say that naturalistic practice is defined by its non-devotional nature.

Yet, devotionalism is an increasingly popular form of practice among Pagans in general.  Is it possible for a Religious Naturalist to have a devotional practice?  If so, what is to be the object of the devotion?  And what offerings would a naturalistic devotion make?

Worship is, at its essence, a response to an experience of an “otherness” which transcends the self to one degree or another.  It is a response to the feeling of awe.  “Worship” is related to the word “veneration”.  Veneration is a recognition of greatness or immensity in the object of veneration.  This is a feeling, I think, which is familiar to many Religious Naturalists.

But worship is also related to the word “adoration”, which is more akin to what we call “love”, love for an “other”, which may or may not be a person.  Love can be an effective means of ego-transcendence, which is after all one of the goals of spiritual practice.  Theodore Parker wrote of the Unitarians of his day, “ceasing to fear ‘the great and dreadful God’ … had not quite learned to love the … universe.”  But I think, today, the feelings many Religious Naturalists have for nature might well be called “love”.

There are many things which transcend us as individuals and to which humility is an appropriate response: the earth, the web of life, nature writ large, the universe.  Of course, these differ from the typical objects of religious devotion in so far as they are neither persons nor personified, at least not in naturalistic practice.  But while devotional practice usually corresponds with notions of a personal deity, perhaps personification is not necessary.

Mystic Evelyn Underhill defined worship in terms that included the impersonal.  Worship, she wrote, is

“the absolute acknowledgment of all that lies beyond us—the glory that fills heaven and earth. It is the response that conscious beings make to their Creator, to the Eternal Reality from which they came forth; to God, however they may think of Him or recognize Him, and whether He be realized through religion, through nature, through history, through science, art, or human life and character.”

One need only remove the references to “God” and “Creator” for this statement to work in a naturalistic context:

Worship is the acknowledgement of all that lies beyond us, a response of conscious beings to reality from which they came forth, however they think of it and however it is realized, whether through nature or human life, through religion, history, science, or art.

What Offerings Do We Make?

While the forms of traditional devotional worship may be alien to many Naturalistic Pagans, I wonder if many of us may not already be practicing a kind of devotionalism in spirit.  The word “devotion” derives from the same root as the word “vow”, which implies a kind of giving of oneself.  Anything we do, in fact everything we do, could be   seen an offering of love … to life, to the world, or to the natural universe.

Underhill wrote that worship can include all forms of human activity, from science to art.  Worship, she wrote,

“is an instinct that finds expression not only in our devotional, but also in our æsthetic life.  The inspiration of the painter, the musician and the poet, and often that of the scientist and explorer too, contains a genuine element of worship.  All that is best of these great human activities is not done for our own sakes; it points right away from us, to something we humbly seek and half-ignorantly adore.  It is offered at the shrine of a beauty or a wisdom that lies beyond the world.”

And eventually, we will offer our very lives back to nature.

1. Learn to speak to living nature as a “Thou”, rather about nature as an “it”.

I’ve written about this idea before here.  We commonly speak about natural beings—plants and animals—as “it”, as things, instead of as persons, and in so doing we reduce them to objects and deny their subjectivity.  As a result, we feel more free to use them without care or respect, without any sense of mutual obligation or reciprocity.  Speaking to nature can be a naturalistic spiritual practice. Recognizing the subjectivity of fauna and flora–personifying them–is not the same as anthropomorphizing them though. The point is not to communicate with other-than-human nature (which obviously does not understand human language), but to change how we relate to ki.

Traditional devotional practice often takes the form of some form of an offering: of praise, of things (like foodstuffs), of vows, and ultimately the offering of one’s self.  In a naturalistic context, these are not “sacrifices” or even “offerings” in the sense in which many theists use the terms.  These are not gifts given in the hopes of receiving divine favor or receiving something in return.  They are expressions of gratitude, of devotion, and of love.  Underhill wrote that “perhaps the most significant development in human religion has been the movement of the idea of sacrifice from propitiation to love.”  (I’ve written here before about an alternative conception of divine reciprocity embodied in the act of pouring libations to the earth.)

Some devotional practices will need to be modified to reflect naturalistic values.  Lupa has written about how the problem of making offerings when we haven’t really taken the time to know the land we are living on.  Some food offerings, for example, may be harmful to the animal or plant life.  Anna Walther proposes offering collected rainwater to the earth.  Rua Lupa suggests creating an inoculative libation to the land in the form of a natural liquid fertilizer full of microorganisms which are beneficial to the soil ecosystem.

Another suggestion proposed by Anna, Mark Green, and myself is making temporary art or eco-shrines out of natural materials found locally and which can be absorbed back into the ecosystem.  Another offering we can make is service.  Both Anna and B. T. Newberg have suggested making a spiritual practice of picking up trash.  And Lupa has  proposed other ways of offering our time to nature.

Any naturalistic practice which incorporates these elements, when done in a spirit of awe and love, could genuinely be called a devotion to the earth or worship of nature.

John Halstead is Editor-At-Large and a contributor at HumanisticPaganism.com. He blogs about Paganism generally at AllergicPagan.com (which was previously hosted by Patheos) and about Jungian Neo-Paganism at “Dreaming the Myth Onward” (which is hosted by Witches & Pagans). He is also an occasional contributor to GodsandRadicals.org and The Huffington Post and the administrator of the site Neo-Paganism.com. John was the principal facilitator of “A Pagan Community Statement on the Environment,” which can be found at ecopagan.com. He is a Shaper of the fledgling Earthseed community, which is described at GodisChange.org. John is also the editor of the anthology, Godless Paganism: Voices of Non-Theistic Pagans.