“The Great Turning” by Joanna Macy

Posted on April 4, 2015 by NaturalisticPaganism 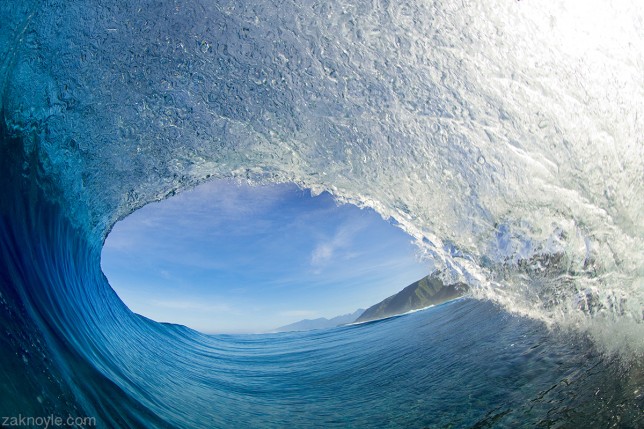 We continue with our April theme, Nature, with words from Joanna Macy.  This was originally published in two parts on Joanna Macy’s website, All Beings.

The Great Turning is a name for the essential adventure of our time: the shift from the industrial growth society to a life-sustaining civilization.

The ecological and social crises we face are inflamed by an economic system dependent on accelerating growth. This self-destructing political economy sets its goals and measures its performance in terms of ever-increasing corporate profits–in other words by how fast materials can be extracted from Earth and turned into consumer products, weapons, and waste.

A revolution is underway because people are realizing that our needs can be met without destroying our world. We have the technical knowledge, the communication tools, and material resources to grow enough food, ensure clean air and water, and meet rational energy needs. Future generations, if there is a livable world for them, will look back at the epochal transition we are making to a life-sustaining society. And they may well call this the time of the Great Turning. It is happening now.

Whether or not it is recognized by corporate-controlled media, the Great Turning is a reality. Although we cannot know yet if it will take hold in time for humans and other complex life forms to survive, we can know that it is under way. And it is gaining momentum, through the actions of countless individuals and groups around the world. To see this as the larger context of our lives clears our vision and summons our courage.

Three Dimensions of the Great Turning

1. Actions to slow the damage to Earth and its beings

Perhaps the most visible dimension of the Great Turning, these activities include all the political, legislative, and legal work required to reduce the destruction, as well as direct actions–blockades, boycotts, civil disobedience, and other forms of refusal. A few examples:

Work of this kind buys time. It saves some lives, and some ecosystems, species, and cultures, as well as some of the gene pool, for the sustainable society to come. But it is insufficient to bring that society about.

The second dimension of the Great Turning is equally crucial. To free ourselves and our planet from the damage being inflicted by the Industrial Growth Society, we must understand its dynamics. What are the tacit agreements that create obscene wealth for a few, while progressively impoverishing the rest of humanity? What interlocking causes indenture us to an insatiable economy that uses our Earth as supply house and sewer? It is not a pretty picture, and it takes courage and confidence in our own common sense to look at it with realism; but we are demystifying the workings of the global economy. When we see how this system operates, we are less tempted to demonize the politicians and corporate CEOs who are in bondage to it. And for all the apparent might of the Industrial Growth Society, we can also see its fragility–how dependent it is on our obedience, and how doomed it is to devour itself.

In addition to learning how the present system works, we are also creating structural alternatives. In countless localities, like green shoots pushing up through the rubble, new social and economic arrangements are sprouting. Not waiting for our national or state politicos to catch up with us, we are banding together, taking action in our own communities. Flowing from our creativity and collaboration on behalf of life, these actions may look marginal, but they hold the seeds for the future.

Some of the initiatives in this dimension:

These structural alternatives cannot take root and survive without deeply ingrained values to sustain them. They must mirror what we want and how we relate to Earth and each other. They require, in other words, a profound shift in our perception of reality–and that shift is happening now, both as cognitive revolution and spiritual awakening.

The insights and experiences that enable us to make this shift are accelerating, and they take many forms. They arise as grief for our world, giving the lie to old paradigm notions of rugged individualism, the essential separateness of the self. They arise as glad response to breakthroughs in scientific thought, as reductionism and materialism give way to evidence of a living universe. And they arise in the resurgence of wisdom traditions, reminding us again that our world is a sacred whole, worthy of adoration and service.

The many forms and ingredients of this dimension include:

The realizations we make in the third dimension of the Great Turning save us from succumbing to either panic or paralysis. They help us resist the temptation to stick our heads in the sand, or to turn on each other, for scapegoats on whom to vent our fear and rage.

Eco-philosopher Joanna Macy PhD, is a scholar of Buddhism, general systems theory, and deep ecology. A respected voice in the movements for peace, justice, and ecology, she interweaves her scholarship with five decades of activism. As the root teacher of the Work That Reconnects, she has created a ground-breaking theoretical framework for personal and social change, as well as a powerful workshop methodology for its application.

Her wide-ranging work addresses psychological and spiritual issues of the nuclear age, the cultivation of ecological awareness, and the fruitful resonance between Buddhist thought and contemporary science. The many dimensions of this work are explored in her books Despair and Personal Power in the Nuclear Age (New Society Publishers, 1983); Dharma and Development (Kumarian Press, 198); Thinking Like a Mountain (with John Seed, Pat Fleming, and Arne Naess; New Society Publishers, 1988; New Society/ New Catalyst, 2007); Mutual Causality in Buddhism and General Systems Theory (SUNY Press, 1991); Rilke’s Book of Hours (1996, 2005) and In Praise of Mortality (2004) (with Anita Barrows, Riverhead); Coming Back to Life: Practices to Reconnect Our Lives, Our World (with Molly Young Brown, New Society Publishers, 1998); Joanna’s memoir entitled Widening Circles (New Society, 2000); World as Lover, World as Self (Parallax Press, 2007), A Year With Rilke, (with Anita Barrows, Harper One, 2009); and Pass It On: Five Stories That Can Change the World (with Norbert Gahbler, Parallax Press, 2010).

Many thousands of people around the world have participated in Joanna’s workshops and trainings. Her group methods, known as the Work That Reconnects, have been adopted and adapted yet more widely in classrooms, churches, and grassroots organizing. Her work helps people transform despair and apathy, in the face of overwhelming social and ecological crises, into constructive, collaborative action. It brings a new way of seeing the world, as our larger living body, freeing us from the assumptions and attitudes that now threaten the continuity of life on Earth.

Joanna travels widely giving lectures, workshops, and trainings in the Americas, Europe, Asia, and Australia. She lives in Berkeley, California, near her children and grandchildren.

← “The Forgotten Gods of Nature” by Lupa Greenwolf
“Twenty Things You Can Do to Address the Climate Crisis!” by Patrick Robbins →

2 Comments on ““The Great Turning” by Joanna Macy”