Posted on March 15, 2015 by NaturalisticPaganism 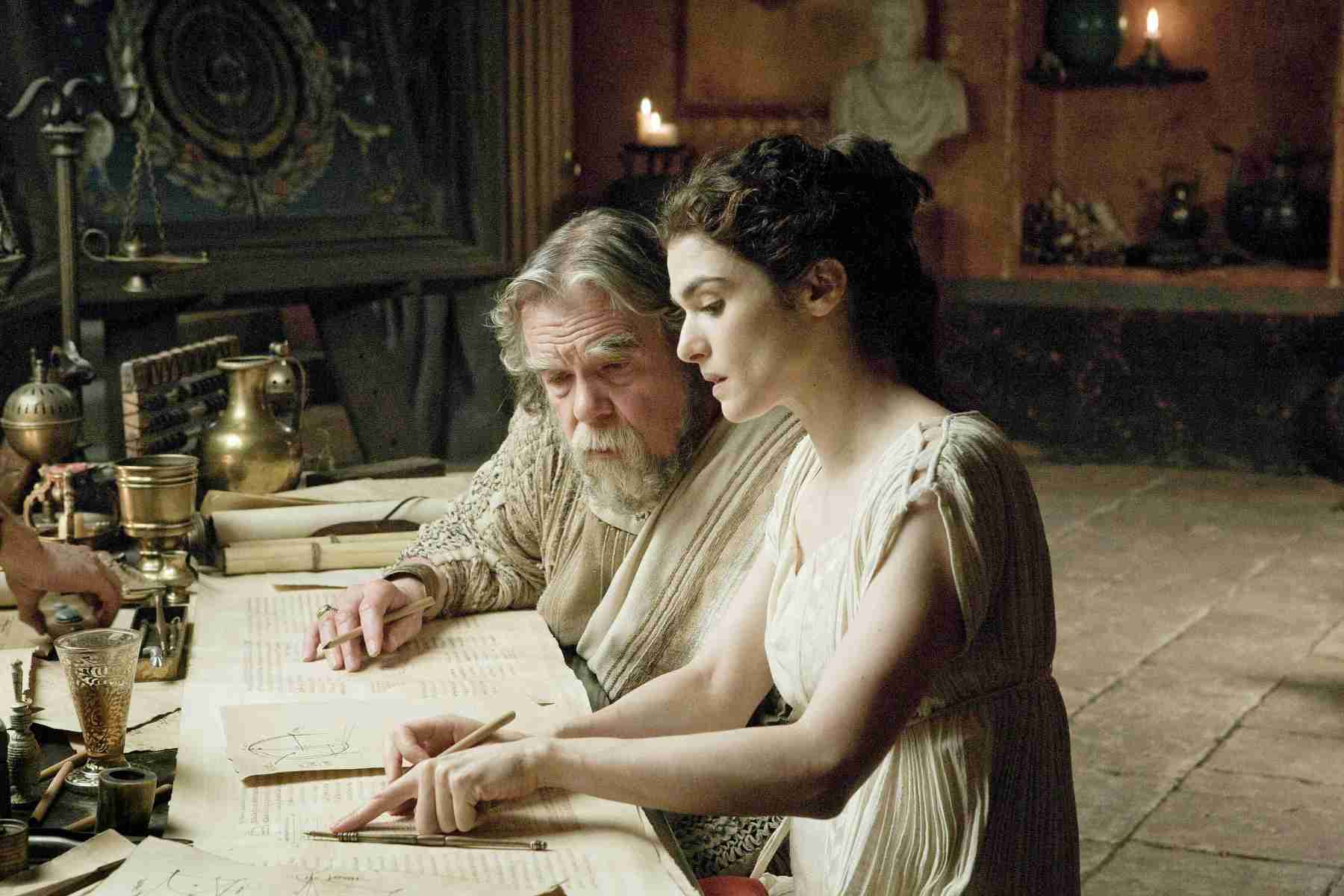 In honor of Hypatia Day

One of the favorite books my family has discovered in recent years is Of Numbers and Stars (2006, Holiday House). It’s a picture book about Hypatia. I’ve read it to my daughter a dozen times at least, starting when she was five. Now she’s seven. She read it to herself the other night.

I asked my daughter what she thought was the most important element of the story, and she cited the unusual freedoms that Hypatia enjoyed. At a time when most girls weren’t allowed to do such things, Hypatia rode a horse through the streets of Alexandria. She was also educated in mathematics, science, and philosophy, but I think the horse made the biggest impression on my daughter.

In all these things, Hypatia was encouraged by her father, Theon of Alexandria. He was a scholar, noted for his work in mathematics and astronomy. Though little is known about him, it seems he had an enlightened attitude toward the rights of women, or at least his own daughter. (One wonders how Theon regarded his wife. I hasten to add that my own wife is my partner in all things; I’m writing here from a personal perspective, but I suspect she’d agree with the spirit of this column.) Hypatia proved to be quite brilliant in her own right, suggesting a strong natural-born intellect, but without her father’s influence and advocacy, it’s doubtful she would have had much opportunity to develop these gifts or to pursue her career as the first female mathematician in recorded history.

As a committed feminist and as a father of a young girl, I see Hypatia as an inspiring figure, a role model of sorts. True, we’ve come a long way since 5th century. Women can now go horseback riding in public, to say nothing of the right to conduct their own affairs. And yet I’m aware that gender equity is hardly a done deal. The gains of recent history, such as they are, might be easily undone without continued vigilance, and moreover there are still plenty of serious challenges that must be confronted.

And what about Theon? He’s no less inspiring to me. Like Theon, I want my daughter to have every opportunity to develop her natural gifts, and not be unduly burdened by stilted societal expectations. I do my best to bring a feminist consciousness to my parenting. I’d never buy my daughter a Barbie, but I backed GoldieBlox on Kickstarter. I encourage her interest in all subjects, but if I emphasize science and mathematics a little more, it’s because I’m aware of our country’s gender gap in those areas. Above all, I want to bolster her confidence and self-esteem, to let her know she can accomplish much if she puts her mind to it.

As crucial as those issues are, I see something even more profound at work in the story of Hypatia and her relation to her father. Theon didn’t just advocate for his daughter’s equal rights. He also shared his love of logic, knowledge, and the natural world with her. In the story as told by D. Anne Love, and reflected so vividly in the illustrations by Pamela Paparone, Hypatia is clearly fascinated by the beauty of the universe, the manifold forms of life, the deep and abiding truths found in numbers and stars, and Theon is right there beside her, a guide, a teacher, a collaborator.

That’s who I want to be. It’s one of my most deeply cherished hopes that as my daughter grows up, her appreciation for nature will continue to increase, that she will remain sensitive to the aesthetics of existence. I want to help her grow and develop those faculties to the best of my ability.

Perhaps if I’d lived 1600 years ago I might have been a scientist, like Theon, but it was my fate to be born in a time when so many of our endeavors have become extremely particular. Stephen Hawking notes that “in the nineteenth and twentieth centuries, science became too technical and mathematical for the philosophers, or anyone else except a few specialists.” I’m not one of those specialists. It almost pains me to admit it! Still I think there’s great value in playing the scientist in everyday life. I have a broad array of interests and a general curiosity about things, and I try my best to share that with my daughter.

Recently, for example, we were curious about the coming of springtime. Could it be detected by observation of the temperature? So we started a chart of highs and lows for each day. It’s been gratifying to see the chart expand daily, and I’ve relished the abstract beauty of our colored pencil markings as they grow across the grid. It’s also revealed some truths about winter weather in the subtropics, as the graph is impressively jagged. We’ve enjoyed it so much that we’ve decided to keep it going for a while, and we fully anticipate a smoother graph in the summer.

It’s my hope that through this little project my daughter might learn a little something about science and mathematics and art, about observing the natural world, about collecting data and representing it visually, about seeing patterns and appreciating beauty.

In my daughter I see so much potential for the future. She might do great things. I don’t know if the world needs heroes anymore, but I’m pretty sure our society needs a major readjustment in how we relate to each other and the Earth. Perhaps my daughter will help to continue that process.

Even as I cherish such hopes, I’m also cognizant of the risks. The struggle for the future is contentious, and those who take an active role may pay a price. That price often seems higher for women. It’s worth remembering that Hypatia came to a very bad end. Love and Paparone don’t depict this in their book per se; it’s addressed sensitively in an author’s note. The preponderance of online reviews express some difficulty with this. It’s a painful and bitter pill to swallow, but I can’t conceive of a better way to handle it in a children’s book. We wish our children were growing up in a more just and humane world, but as adults we know it ain’t so. We shelter our children from such harsh realities to some extent, but we know they will confront injustice and cruelty in their own time. All we can do is equip them, nourish them, love them, and hope for the best.

A video of someone reading the book can be enjoyed below.

In addition to writing the A Pedagogy of Gaia column here at HumanisticPaganism, Bart Everson is a writer, a photographer, a baker of bread, a husband and a father. An award-winning videographer, he is co-creator of ROX, the first TV show on the internet. As a media artist and an advocate for faculty development in higher education, he is interested in current and emerging trends in social media, blogging, podcasting, et cetera, as well as contemplative pedagogy and integrative learning. He is a founding member of the Green Party of Louisiana, past president of Friends of Lafitte Corridor, sometime contributor to Rising Tide, and a participant in New Orleans Lamplight Circle.