Posted on January 15, 2015 by NaturalisticPaganism 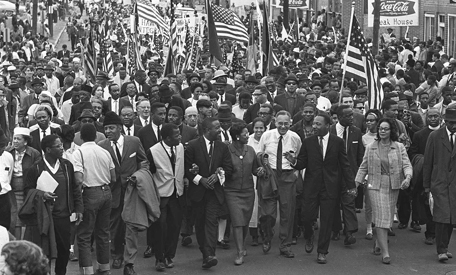 We encourage our readers to use these Mid-Month Meditations as an opportunity to take a short break from everything else. Rather than treating these posts the way you would any other post, set aside 10 minutes someplace quiet and semi-private to have an experience. Take a minute to relax first. After reading the quote below, take a few minutes to let the experience sink in. If it feels right, leave a comment.

This month, our theme is “Community”.  In honor of Dr. Martin Luther King, Jr., who was born on this day in 1929, and who we honor as a nation next Monday, this month’s meditation about “Beloved Community” comes from King’s 1957 speech “Justice Without Violence”:

“There are certain things we can say about this method that seeks justice without violence. It does not seek to defeat or humiliate the opponent but to win his friendship and understanding. I think that this is one of the points, one of the basic points, one of the basic distinguishing points between violence and non-violence. The ultimate end of violence is to defeat the opponent. The ultimate end of non-violence is to win the friendship of the opponent. It is necessary to boycott sometimes but the non-violent resister realized that boycott is never an end within itself, but merely a means to awaken a sense of shame within the oppressor; that the end is reconciliation; the end is redemption. And so the aftermath of violence is bitterness; the aftermath of non-violence is the creation of the beloved community; the aftermath of non-violence is redemption and reconciliation. This is a method that seeks to transform and to redeem, and win the friendship of the opponent, and make it possible for men to live together as brothers in a community, and not continually live with bitterness and friction.”

How can we Humanistic and Naturalistic Pagans cultivate Beloved Community within our own spheres on influence?