“How Earth-Centered is Neo-Paganism Really?” by John Halstead

Posted on November 19, 2014 by NaturalisticPaganism 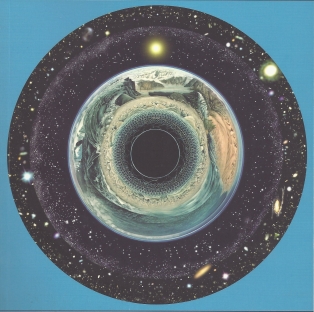 Our late autumn theme here at HP is “Responsibility“.  This is the first in a 3-part series, looking critically at contemporary Neo-Paganism from an earth-centered perspective.  Note: The views expressed in this essay are the author’s and are not necessarily representative of HumanisticPaganism.com or any of its other contributors.

“Until we get our heads out of the clouds and come down to the earth we so love, and get our hands dirty… we won’t be leaders in the environmental movement. It’s time to organize!”

— Karen Engelsen, in response to the question why Pagans aren’t the leaders of the environmental movement

Neo-Paganism has been around for almost 50 years, if you date it to 1967, the year Feraferia, the Church of all Worlds, and NROOGD were all organized.  Back then, Neo-Paganism showed real potential as a new “Earth religion”.  Feraferia and the Church of All Worlds in particular styled themselves as nature religions, with ambitious goals short of nothing but saving the world from itself.  Chas Clifton, author of Her Hidden Children, The Rise of Wicca and Paganism in America, identifies 1970, the same year as the first Earth Day, as the year when Wicca transformed from a “mystery religion” or “metaphorical fertility religion” into a “nature religion”.  That same year, the founder of the Church of All Worlds, Oberon (then Tim) Zell, had a vision of Mother Earth as a living planet several years before James Lovelock’s Gaia Hypothesis was popularized.  A few years later, Margot Adler would describe the Neo-Paganism of the mid- to late-1970s as a “celebratory, ecological nature religion.”  Since then, though, Neo-Paganism has struggled to reconcile its exoteric earth-centered principles with the esoteric Self-centered practices which it inherited from traditional Wicca.  Anthropologist Susan Greenwood reports finding from her research among Pagans in 1990s “that there was more emphasis on ritual and psychospiritual ‘internal’ nature as personal experience rather than a connection to, or even an interest in, the environment.”

These questions are part of a broader issue that has haunted nature religion since the time of the Transcendentalists: Is the object of our reverence real, living nature?  Or is it a romanticized or idealized nature that merely reflects our fantasies back to us?  To what extent is Neo-Pagan “nature” a social construction and not a direct experience?

When Neo-Pagans invoke the elements, earth, air, and water, what are we calling to mind?  Neo-Platonic elements or the very ground beneath our feet, the air in our lungs, and the water that we drink?  Are we too busy trying to “draw down” Demeter and Zeus to notice the very real earth and sky that surround us?  Pagan ritualist Steven Posch thinks so:

“The late summer thunderstorm was beating down on us fast. In unearthly silence–the thunder still too far away to hear–the livid northwestern sky juddered with lightning. But in the circle around the bonfire, no one was thinking about the storm. The business at hand was the evening ritual: something to do with (I kid you not), community, popcorn, and the festival organizer’s most recent art project. Thoroughly bored, I watched the storm approach. ‘A god is coming,’ I thought, ‘and we’re too busy doing a ritual to even notice.’”

Posch argues that contemporary Pagan practice has distracted us from becoming real pagans, “pagans for our own time, our own place, our own post-modern, science-driven, Western culture.”  It has gotten in the way of our encountering what inspired the ancient pagans’ worship in the first place: the natural world.  Posch writes that we must make the “radical leap out of our own internal dialogue and into actual relationship with real, non-human others”: sun, moon, earth, storm, sea, wind, fire, plants and animals.

Susan Greenwood has reached a similar conclusion in her book, The Nature of Magic: An Anthropology of Consciousness:

“A focus on inner nature and on the ritual invocation of anthropomorphic deities appears to direct attention away from seeing nature as including other sentient beings. Nature can thus become an abstract force consisting of impersonal energies, not as other human persons and beings within a particular relationship of contiguity within the natural world.”

We Neo-Pagans need to ask ourselves: Does nature merely serve as a backdrop to our rituals which are inwardly focused?  Are we, in the words of Posch, “standing with our backs to the world” — both literally and figuratively?  Do we worship gods of nature or the God(dess) that is nature?  Is our “magic” an expression of wonder, or just another attempt to achieve mastery over the natural world?  (More on this in Part 2.)  Is our religion eco-centered or ego-centered?  To what extent do our religious values translate into ecologically responsible practices, individually and collectively?

To answer the last question, whether nature religion correlates with environmentalism, a study published by Regina Smith Oboler in 2004 found that 72% of Pagans were favorable to the environmental movement, compared to 43% of all Americans (according to Gallup).  Respondents scored higher than average in both environmental commitment and activities like recycling, signing petitions, and contributing financially to environmental causes.  However, another more recent study, conducted by Dr. Kimberly Kirner (and reported by John Beckett), revealed more mixed results:

“While practices related to nature spirituality and connecting to place were statistically correlated to a higher frequency of political action (such as signing petitions or writing letters) and environmental education, initial statistical analysis has not indicated any correlation to household-level actions for sustainability itself (such selecting a smaller home or using less electricity).

“Across Pagan traditions and for both solitary and group practitioners, Pagans’ overall household ecological footprint in the United States is statistically similar to the American average on multiple measurements: house size, meat consumption, transportation use, and other key factors related to a household’s contribution to ecological sustainability.”

More than one observer has noted a disturbing lack of regard for Mother Earth at public Pagan rituals and festivals over the years, from Pagans driving large SUV’s cross-country to events to using styrofoam cups to partake of the ritual ale.  It is clear then that much of the transformative potential of Neo-Paganism remains, as yet, unrealized.  In 1986, Isaac Bonewits told Margot Adler (as reported in Drawing Down the Moon) that, while many Neo-Pagans were very concerned about environmental matters, “Most Neo-Pagans are too loose and liberal to be fanatic about anything, including their own survival” (emphasis original).  Little seems to have changed since then.  If we can’t bring ourselves as a community to oppose the wholesale destruction of everything that makes this planet habitable to human beings, then I wonder by what right we call ourselves “Pagans”, the “people of the land”.

If you would like to know what you can do, you can start here:

Share your own suggestions for how we Pagans can effect change in the comments below.

Humanists join at the 2014 People’s Climate March in NYC.

In the next two parts of this series, I will take a closer look at two aspects of contemporary Paganism: Pagan “magic” and the Pagan taboo against proselytizing.

John Halstead is a former Mormon, now eclectic Neo-Pagan with an interest in ritual as an art form, Jungian psychology, ecopsychology, theopoetics, and the idea of death as an act of creation (palingenesis). He is the author of the blogs, The Allergic Pagan at Patheos and Dreaming the Myth Onward at Pagan Square. He is also the author of the website Neo-Paganism.com. John currently serves at the Managing Editor here at HumanisticPaganism.com.

← “Gaia’s Heartbeat: practicing empathy for the Mother of us all” by Brandon Sanders
The Dilemma of Thanksgiving Grace for Religious Naturalists →

16 Comments on ““How Earth-Centered is Neo-Paganism Really?” by John Halstead”