“Atheopaganism: An Earth-Centered Religion without Supernatural Credulity” by Mark Green

Posted on August 10, 2014 by NaturalisticPaganism 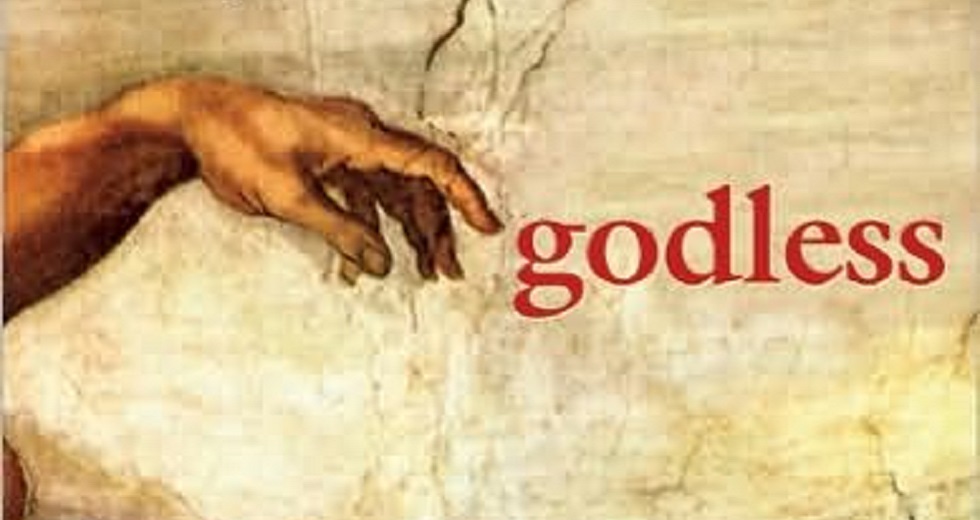 I had been raised as a rational materialist in a scientific household, but was introduced to Pagan rituals and community at age 25, and in short order felt at home there. Unlike the mainstream religions, it got a lot of things right.  It didn’t have a demonstrably error-laden “holy book”, and it wasn’t as sour and mean-spirited as the various mainstream religions.  Paganism’s values celebrate the natural world, revere beauty and pleasure and creativity, suspect authority, and encourage gratitude, celebration, humor and enjoyment.

I could enthusiastically embrace all of that. It enriched my life tremendously to join with my friends to ritually celebrate the turning of the Earth’s seasons, to remind myself of what each time and season means in the natural world and the agricultural cycle, and what it meant to people long ago.

That said, I believe in critical thinking, in the scientific method, and in the intellectual process. Over time, it became clear to me that in the Pagan community, most of the people around me were not viewing “gods” and “magic” as metaphors and psychological techniques, but as literal, supernatural phenomena taking place in an Invisible Dimension lurking behind the material world and driving its events.  This superstitious credulity became more than my intellectual self could tolerate.

However, once I had left its practice, I missed what was right about Paganism: the ways in which religion meets the needs of humans which are not centered in cognitive thought, but rather which seek community, a sense of meaning in life, and the richness of experience that comes with presence, celebration, gratitude and awe.

So I began to explore for myself what religion is in a functional sense, how these functions correlate with the needs and appetites of the various systems of the human brain, and to ponder how “religion” could be teased apart from “superstition”. Because it was clear to me that, though most people assume as a matter of course that a religion must incorporate a supernatural component, there is no particular reason it should, other than as a habit carried over from the days when humans had no better explanations for the phenomena they experience than the supernatural.

The analytical process which led to my conclusions in this regard is captured by a much longer piece than can be included here, but which is available at the Atheopaganism Facebook page. It is a closed group, but you can request addition and I will add you.

What I decided to do was to create a non-superstitious tradition of Earth-centered religious observance: Atheopaganism. As I have done so, I have been delighted to find that many of my friends have acknowledged that they had the same difficulties with Paganism that I did, and have joined my wife and myself in our celebrations.

So…what is a religion, really?

I would contend that at root, a religion comes down to four elements:

Now, at this point it bears saying that my atheistic religion in no way defines the atheistic religion. Entirely different principles and practices could be developed based in other values. But my particular flavor of supernature-free religion looks like this:

Cosmology is the easiest one for an Atheopagan: we cede it to science. Science is the best modality we have for understanding the true nature of the Universe, and we allow it to do its job.

We can’t talk about religion or define a new one without addressing the issue of what is to be considered sacred: what that means, and how it informs the values by which the practitioner is expected to live.

At root “sacredness” is an ascribed quality: an opinion. It is applied to whatever is highly valued by the tradition or practice in question, and to those objects, events and practices which evoke internal narratives which communicate the religion’s beliefs and values.

Only four things, ultimately, fall into that category for me:

The World. Meaning generally the Universe, but most specifically the biosphere: Life. It is the Earth and the Cosmos which gave rise to all humanity and which support our ability to survive. All we eat, all we breathe, all we came from is this, and it is thus holy.

Beauty. Beauty is that which inspires joy in living and which communicates the inner truth of the creative person. Beauty fills our hearts and provokes our minds, strikes us motionless with the recognition of our good fortune in being alive. Bright and dark, soaring with joy or filled with rage, we know beauty because it sets our Limbic brains to singing. It is not optional, trivial or superfluous.

Truth. Truth is the only beacon we have to light our way into the unknown future. And the more significant the topic, the more sacred is the truth about it. It is a deep wrong to deny what is true when it Affects what is sacred. This isn’t about “little white lies”. It’s about the tremendous and humbling power of Truth to bring down despotism and corruption, to right wrongs, to advance liberty, to build closeness between us.

Love. Love lights up the dashboards of our Limbic brains and provides us the courage to reach across the great gulf to the Other. It drives our kindest and best impulses, enables us to forgive what we suffer, spurs us to face down the darkness and carry on, to insist that betterment is possible, that the ugly moment needs not be the end of the story. Love brings hope where it has flagged, sometimes for years. It is the redemptive power each of us bears within us to deliver another from hell and into light.

Being a moral person is about how you act, not what you believe. These principles are an Atheopagan’s guide.

I recognize that the metaphorical is not the literal.

I honor the Earth which produced and sustains humanity.

I am humble, acknowledging that I am a small, temporary being not inherently better or more important than any other person.

I laugh a lot—including at myself.

I enact regular ritual play, in which I willingly suspend my thinking mind and use the technologies of religious ritual to invoke a state of presence in the moment and heightened experience of the metaphorical.

I celebrate diversity and am respectful of difference.

I recognize and embrace my responsibility to the young and future generations.

I acknowledge that freedom is tempered by responsibility, respecting the rights and freedoms of others and meeting my social responsibilities.

I celebrate pleasure as inherently good, so long as others are not harmed in its pursuit and the Sacred is respected.

I understand that knowledge is never complete. There is always more to be learned.

I conduct myself with integrity in word and deed.

I practice kindness and compassion with others and myself, recognizing that they and I will not always meet the standards set by these principles.

Religion isn’t just belief. It is doing: the rituals and observances (daily, seasonally, or for important life events) of a religion bring its community together, lend meaning and ongoing traditions to the lives of practitioners. While my group and I celebrate something like the regular Pagan “wheel of the year” for holidays, we have adjusted their meanings a bit to remove any supernatural references, and have added elements of the modern which the old Pagan holidays do not acknowledge. Highsummer, for example (at the beginning of August) is the celebration of labor, innovation, craft and technology.

Our rituals generally follow a structure, but one markedly different from the standard Pagan rite. It is as follows:

DECLARATION OF PRESENCE. Begins with mindfulness practice to calm/center the mind. Then an action or statement is made by one or more participants to declare presence and purpose; e.g., “We are sentient beings of Planet Earth, present in this place, this moment. The Cosmos is above us, the Earth is below us, and Life is around us. Here the wise mind unfolds. Here the playful child creates. Here the wondering human gazes out to view the vast and mighty Universe. We are here, and together.”

QUALITIES. Invoking the Qualities participants hope to carry within themselves as they move towards the Intentions: “May we know and embody these Qualities, that our rites guide us forward to achieve our dreams and better the world…”

INTENTIONS. Participants express their intentions for what is to be attained/achieved/realized during the ritual, such as to celebrate and give thanks for all they enjoy, to grow closer among one another, or to align themselves with a specific hoped-for possibility in the future.

DEEP PLAY. Ritual enactment meant to symbolize and concretize the desired Intentions for participants. Activities which stimulate the metabolism and the expressive self at this time will contribute to the feeling of presence and connectedness. Can include singing, chanting, drumming or other music making; dancing or other movement; symbolic enactment of drama; creation of some kind of art or crafted object in an intentional and allegorical manner, or recitation or spontaneous creation of poetry.

GRATITUDE. Expresses gratitude at having been supported by the Qualities the participants invoked, and for all they are blessed with in their lives. Sometimes expressed with shared food and drink. May also involve expressions of commitment on the part of participants of what they will do to act in accordance with their intent.

BENEDICTION. Example: (unison): “To enrich and honor the gift of our lives, to chart a kind and true way forward, by these words and deeds we name intent: to dare, to question, to love. May all that must be done, be done in joy. We go forth to live!”

Atheopaganism provides the fulfillment benefits of a traditional religion, yet is rooted in what is true and open to learning, change, and constant reconsideration of itself. While it does not make promises of eternal existence, a cosmically-determined plan or magical powers, it also does not ask us to sacrifice the unique and marvelous capacities of our cognitive minds in the name of living with a pretty story.

I, for one, find this tradeoff a worthy exchange.

Mark Green is an environmental organizer, political analyst, nonprofit professional, writer, musician, science and costuming geek. He likes to think about Big Stuff.  Find out more about Atheopaganism at the Atheopaganism Facebook page.

← The Wheel of Evolution, by Eric Steinhart: Lammas
DE NATURA DEORUM: “What is this whole ‘deity’ thing, anyway?” by Blue →

5 Comments on ““Atheopaganism: An Earth-Centered Religion without Supernatural Credulity” by Mark Green”